Broadshine Asset Management Limited is a fund company established in Hong Kong, 2016. We specialize in hedge funds and asset allocation funds management. The meaning of company’s name “Broadshine” shows the way we perform broad and in-depth analysis in global market, clear and wise strategy-making, proper and full care for the investor’s asset allocation. We invest in global equity and fixed income markets. Broadshine Asset Management Limited is licensed for Type 4 (advising on securities) and Type 9 (asset management) regulated activities by the Securities and Futures Commission of Hong Kong with CE No. BJD901. 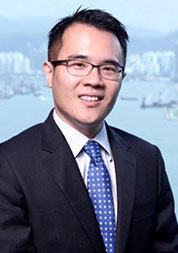 Mr. Huang founded Broadshine in 2016. He is the CEO of the company and managing Broadshine Fund. Prior to founding Broadshine, Mr. Huang was a Manager Director in a private equity fund company, focusing on internet sector.

From 2013 to 2014, Edward served as a director of investment in the family office. He managed clients’ offshore asset to achieve long term stable return by asset allocation. Before joining the family office, Mr. Huang was the Chief Strategist at Haitong International with 10-year experience in equity research. 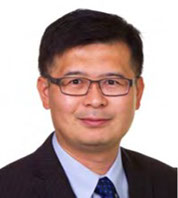 Mr. Chang is the senior management and investment consultant. He specializes in investment in small and medium enterprises. Prior to joining Broadshine, he was the Senior Strategy Officer (CIO) at DC Holdings (Listed in HKEX, stock code 861 HK).

From 2001 to 2015, Mr. Chang served in several international investment banks such as Daiwa, BNP, Merrill Lynch, Macquarie and CLSA. His role was analyst and head of SME team in equity research department.

Mr. Chang got B.S. of Mechanical Engineering in 1992 and MBA of Finance in 1995 in National Taiwan University, M.S. of Finance in the City University of New York in 2000. He received his CFA Charter in 2000.

Broadshine Asset Management is licensed for Type 4 (advising on securities) and Type 9 (asset management) regulated activities by the Serities and Future Commission of Hong Kong.